It's another month, and (given the monthly release schedule of the app) it's not really a surprise that a new version of gPodder has been released. This is mostly a bugfix release, but brings one very useful feature to gPodder: The ability to hide downloaded podcasts from the Music app. While this is nothing new to command-line fans who edit tracker-miner-fs.cfg by hand, there has not been an end-user friendly way to do it. Now there is: You can just flip a switch in the gPodder Settings and hide the podcasts from the Music app (which does nothing more than adding or removing the gPodder directory to tracker-miner-fs.cfg's IgnoredDirectories list), which is especially useful in a situation where your downloaded podcast accumulate (this happens to me right now - less time to listen to podcasts) and you play your music in "Shuffle all" mode.

Other improvements include a small fix for the episode list filter button for locales where the text sometimes became longer than the button: 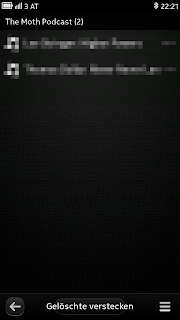 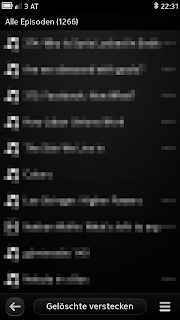 The rest of the improvements include some fixes to the CLI, updated and added translations, and some minor build system fixes - read the full changelog if you want the gory details :)